Chiba Institute of Technology’s Prof. Hiromitsu Fujii was awarded the 14th Kisoi Motohiro Award for Academic Achievement. This award recognises the remarkable achievement of Prof. Fujii’s “Research and development into robotic diagnostic system for automated inspection.” in the research and development of next generation disaster prevention technology and rescue systems. 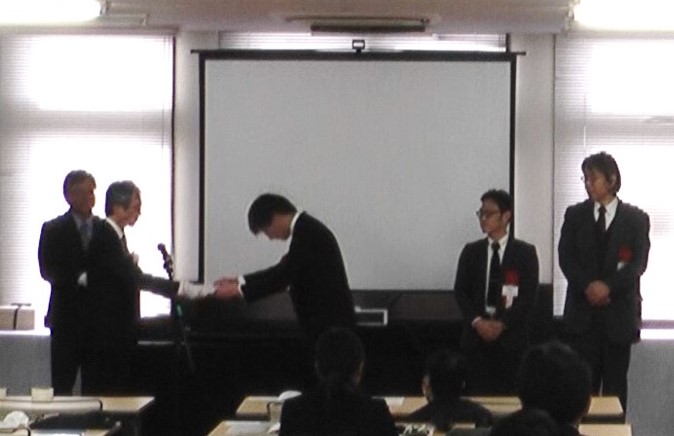 The recipient of the Award for Academic Achievement receives 100,000 yen prize money, a certificate and a commemorative trophy (created by Art Glass Club ) presented by the selection committee members.

In addition, the Awards for Encouragement, which are aimed at the younger generation, were introduced. The winners of the RoboCup Junior IRS Award are “Oira”‘s Yuto Nakajima and Takumi Enomoto. The winners of the Rescue Robot Contest Award are Iseaki Tech High School’s “Ithascreat”‘s Kaede Sasagawa, Yukimune Kawata, Yuji Kumazawa, Gaku Matsushima, Shoto Arai, Ryota Koike, Ryosuke Hachisu and Haruka Iioka. The winner of the award for the Study of Rescue Robotics is Tohoku University Graduate School of Information Sciences’s Tomoka Yamaguchi. The winners of each award gave a presentation on their research.

Finally, a lecture was given by Prof. Fujii, winner of the Award for Academic Achievement, on his research subject. 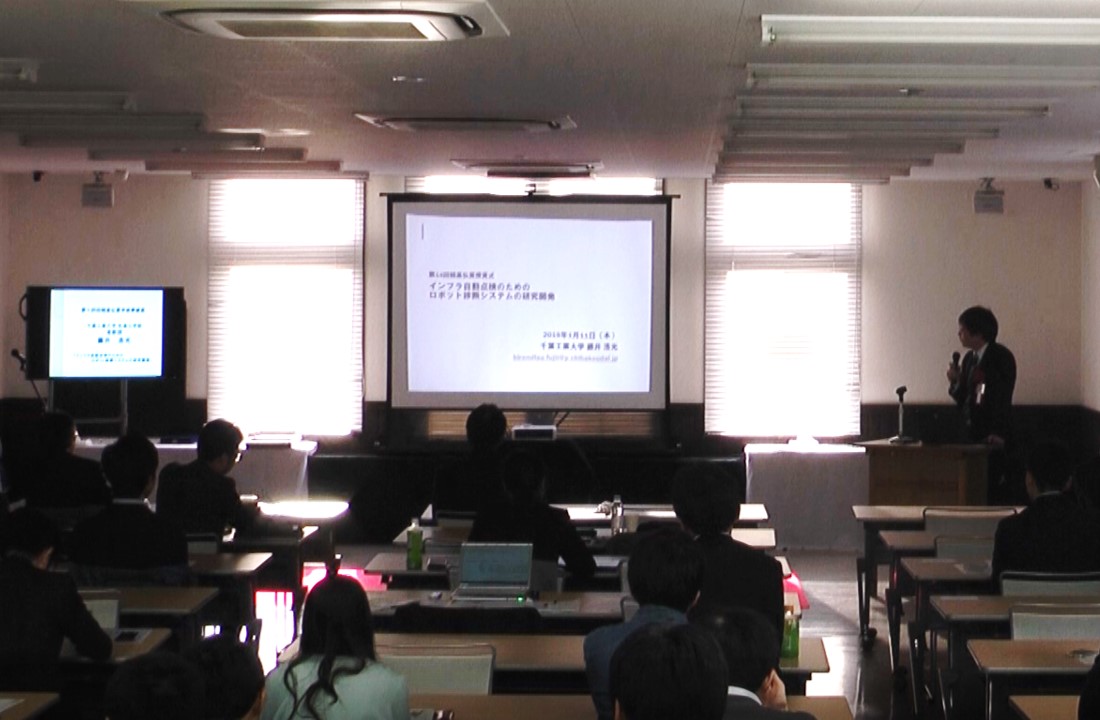 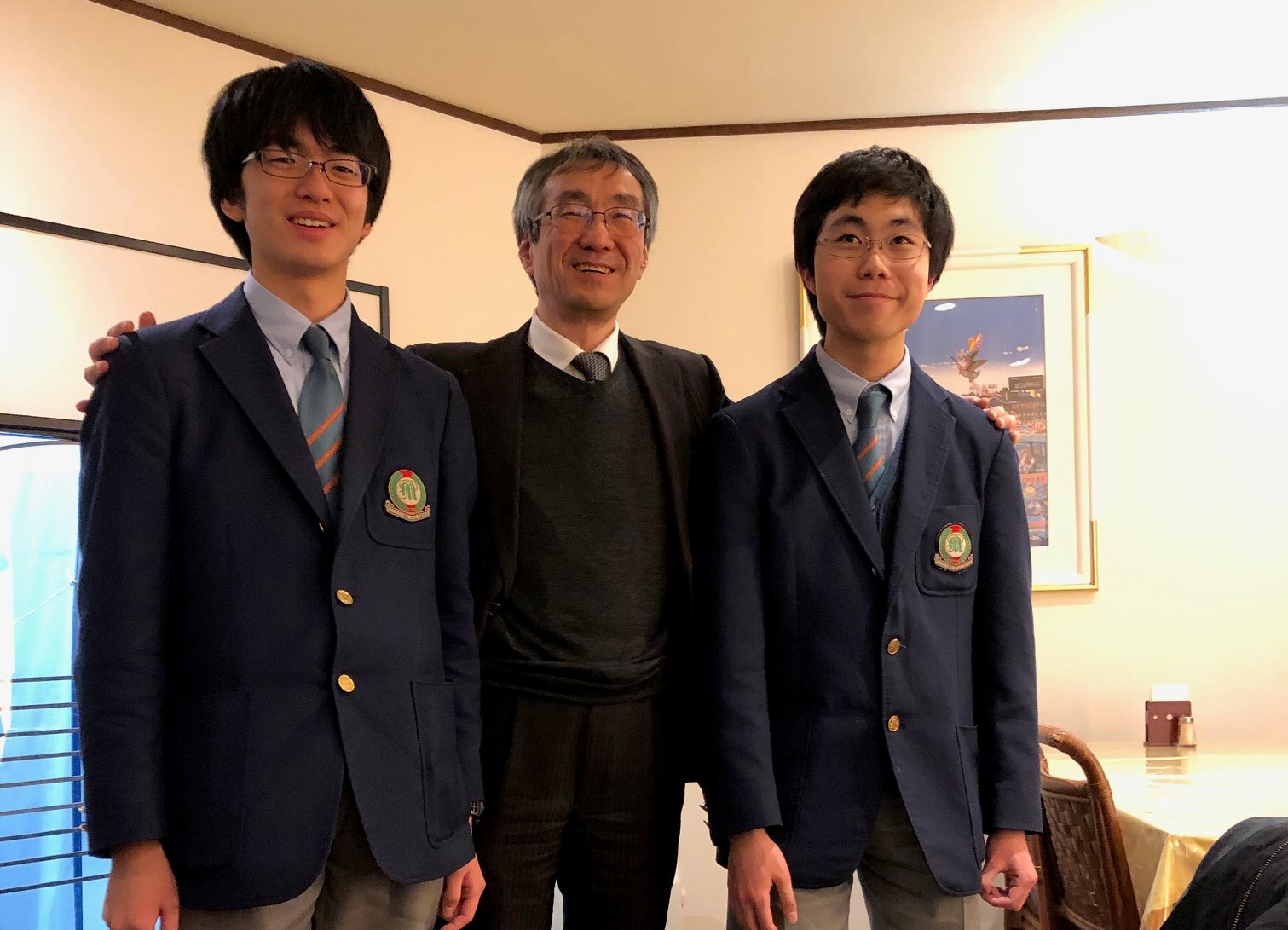 The ceremony closed with a warm applause for Prof. Fujii’s highly acclaimed achievements in the research and development of rescue robot systems, and for the winners of the Awards for Encouragement, of whom we expect will make great contributions to the future of rescue robotics.