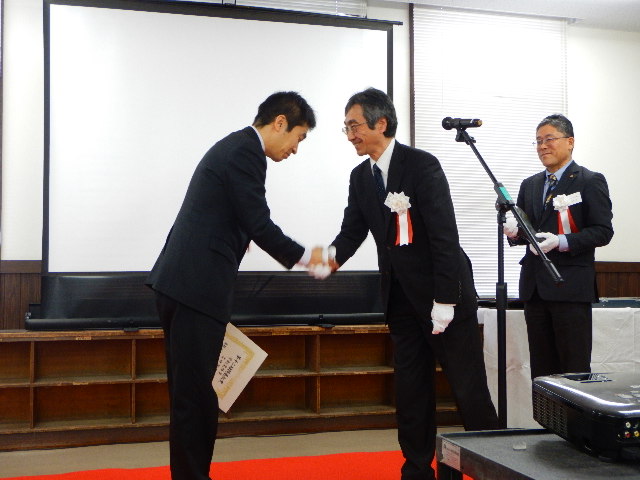 The recipient of the Award for Academic Achievement recieves 100,000 yen prize money and a certificate. They will also recieve a commemorative trophy (created by Art Glass Club ) from the selection committee members.

In addition, the Award for Encouragement, aimed at the younger generation, was introduced. The winners of the RoboCup Junior IRS are “Aster：”‘s Kotsuji Sora and Midorikawa Rinku。The winners of the Rescue Robot Contest Award is Kanezawa Institute of Technology Yumekobo’s “MS-R”.

The winner of the award for the Study of Rescue Robotics is Sakurai Shinnosuke (Nagaoka University of Technology).

The winners of each award gave a presentation on their research.

Finally, a lecture was given by Mr. Yoshida, winner of the Award for Academic Achievement, on his research subject. 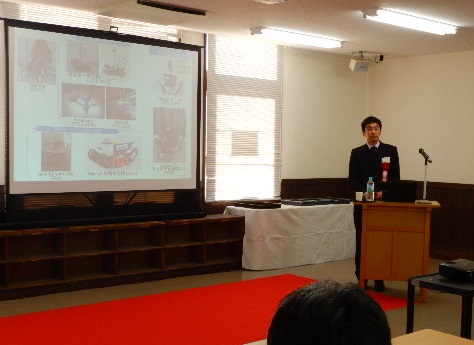 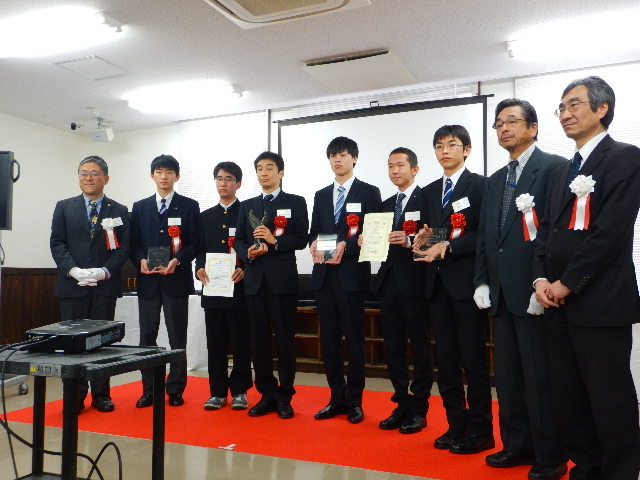 The ceremony closed with a warm applause for Mr. Yoshida’s highly acclaimed achievements in the research and development of rescue robot systems, and for the winners of the Award of Encouragement of whom we expect will make great contributions in the future of rescue robotics.